Sing and Dance With Frank Sinatra

Sing and Dance With Frank Sinatra 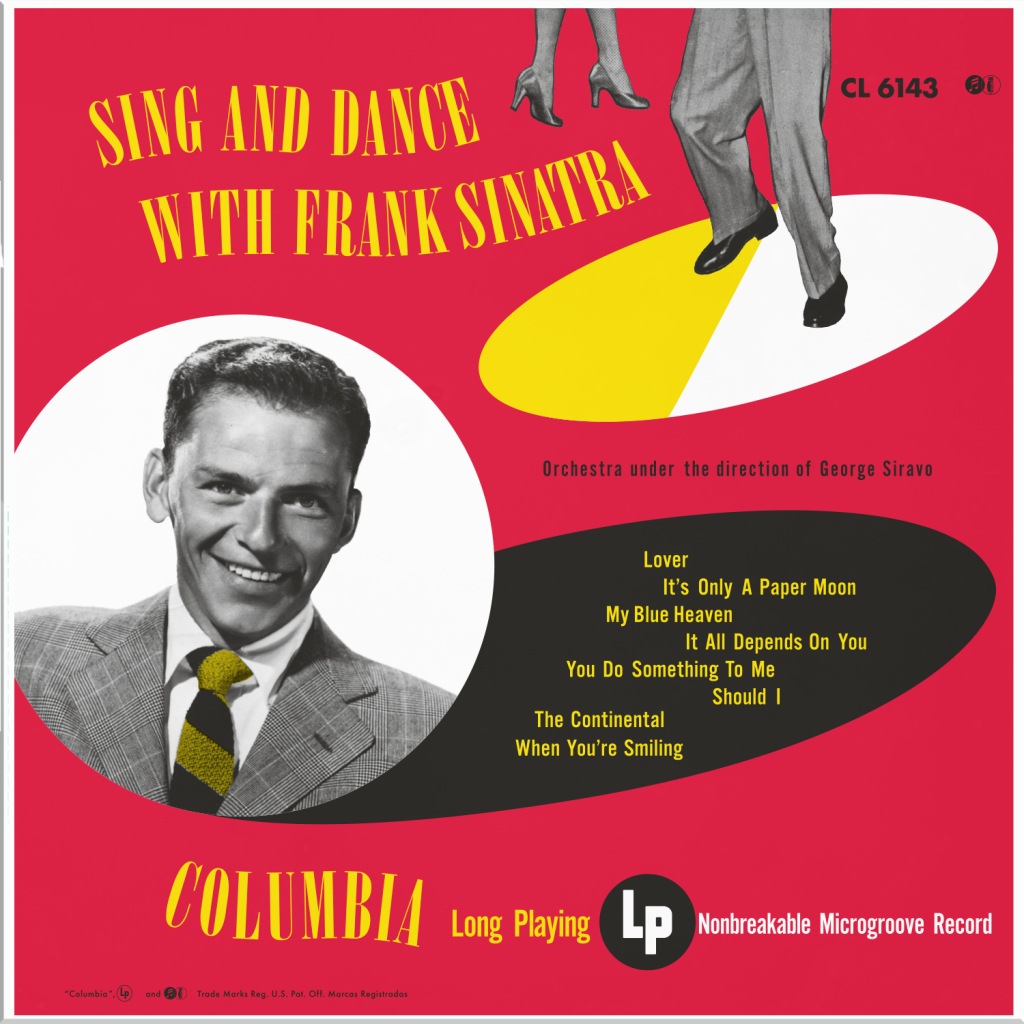 Created in cooperation with Sony Music’s Legacy Recordings, the new deluxe reissue was produced by noted Sinatra producer, author, and historian Charles L. Granata, and restored/remastered by six-time Grammy-winning recording engineer Andreas Meyer. The 33-RPM LP was cut by Chris Bellman at Bernie Grundman Mastering, Hollywood, and is being released on 180-Gram premium vinyl (pressed at RTI). The high-resolution SACD/CD hybrid version was authored by Gus Skinas at Super Audio Center/Sonoma Systems. Included in each edition is an extensive, full-color booklet designed by Robert Sliger, featuring a comprehensive historical essay, full discography/personnel listing, and detailed technical notes authored by Granata, PLUS a generous array of rare photographs, promotional artwork and unpublished visual ephemera pertaining to the album. The executive producers are Abey Fonn and Bob Bantz.

Rich in musical texture, this essential Sinatra classic – featuring the swing-style arrangements of George Siravo – marked a pivotal moment in 20th-Century pop music history, and represented the singer’s transition from tender crooner to hip, swinging sophisticate. These performances offer a flawless snapshot of Sinatra’s legendary musical craftsmanship as he reinvents himself for a new direction in his career—one that would hail his unparalleled success of the 1950s and ’60s.

For this commemorative release, IMPEX has augmented the album’s original eight songs (programmed in sequence on Side A of the LP) with a dazzling array of PREVIOUSLY UNRELEASED BONUS TRACKS including alternate takes, orchestra-only tracks and a revealing glimpse of Frank Sinatra in Columbia’s famed 30th Street Studio (circa 1949), personally directing every facet of the recording session. This exquisite, high-fidelity session offers the most concise, in-depth illustration of Frank Sinatra working his magic in the studio, and functioning as his own producer.

The IMPEX team has spared no expense or effort in the creation of this milestone recording. In keeping with the prestigious label’s reputation for meticulous sound, the 33-RPM vinyl LP has been transferred, restored and mastered in the analog domain from the original 15-ips session tapes: superior-sounding masters that have lain untouched in the Columbia Records vault for more than fifty years. These analogs, monophonic tape masters sound spectacular and shine as never before. The SACD/CD edition has been sourced, restored, and remastered from high-resolution digital transfers made concurrently with the LP’s analog tape and disc transfers.

Side A – The Master Takes

Side B – Alternate Takes, Sessions & Rarities