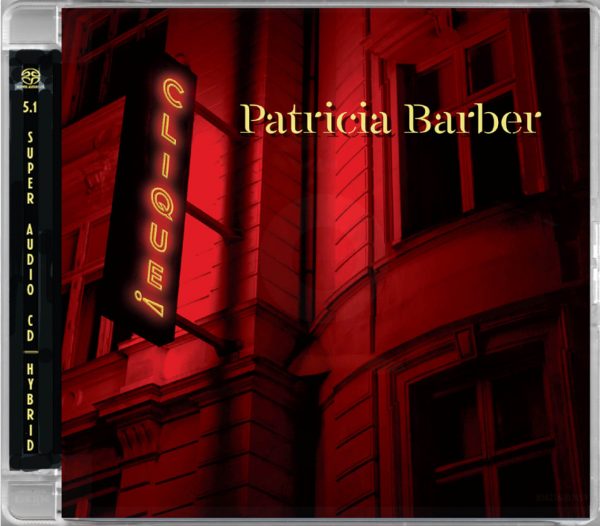 “THE HARMONIC LANGUAGE OF JAZZ, AS WELL AS THAT OF THE GREAT AMERICAN SONGBOOK, IS CERTAINLY RICH—LOOK HOW MUCH HAS COME OUT OF IT—BUT IT’S CIRCUMSCRIBED. I STARTED WANTING TO HEAR SOMETHING ELSE.” —Patricia Barber

Patricia Barber, the performer known for boldly blurring the lines between poetry, jazz, and art song, has announced the forthcoming release of a new all-standards album Clique, due out  August 6th in breathtaking hi-fi. The long-awaited successor to  Nightclub, her critically acclaimed and fan-favorite first all standards album, Clique features a tracklist of tunes that Barber has frequently performed as encores throughout her illustrious career, including classics by Rodgers & Hammerstein, Stevie  Wonder, Lee Hazlewood, Lerner & Loewe, Thelonious Monk and more. After growing an international cult following, earning the first-ever Guggenheim Fellowship awarded to a non-classical songwriter, and becoming an elected member of the American  Academy of Arts and Sciences, Patricia Barber is back with a “silk,  velvet, languid, warm” journey through music history as she  “respects traditions, bends them to make her own points, and freshens them into something new,” as noted in the album liner notes by NPR’s Susan Stamberg.

These are relaxed, communal sessions. Her long-time core duo of bassist Patrick Mulcahy and drummer Jon Deitemyer ride up and down, in and out of Barber’s complex, sensitive playing and reflective singing. The support of her long-term players, along with guitarist Neal Alger and saxophonist Jim Gailoretto allow her to shine brightly while digging out striking moments for their own unique contributions. The chemistry is palpable, all-encompassing.  This group’s long-developed synergy—painstakingly curated by these musicians for years—provides both a metaphor and the perfect title for her new album.

Impex Records, Patricia Barber, Jim Anderson invite you to experience the music, revel in the mastery, and join the Clique!

Recorded and mixed by JIM ANDERSON