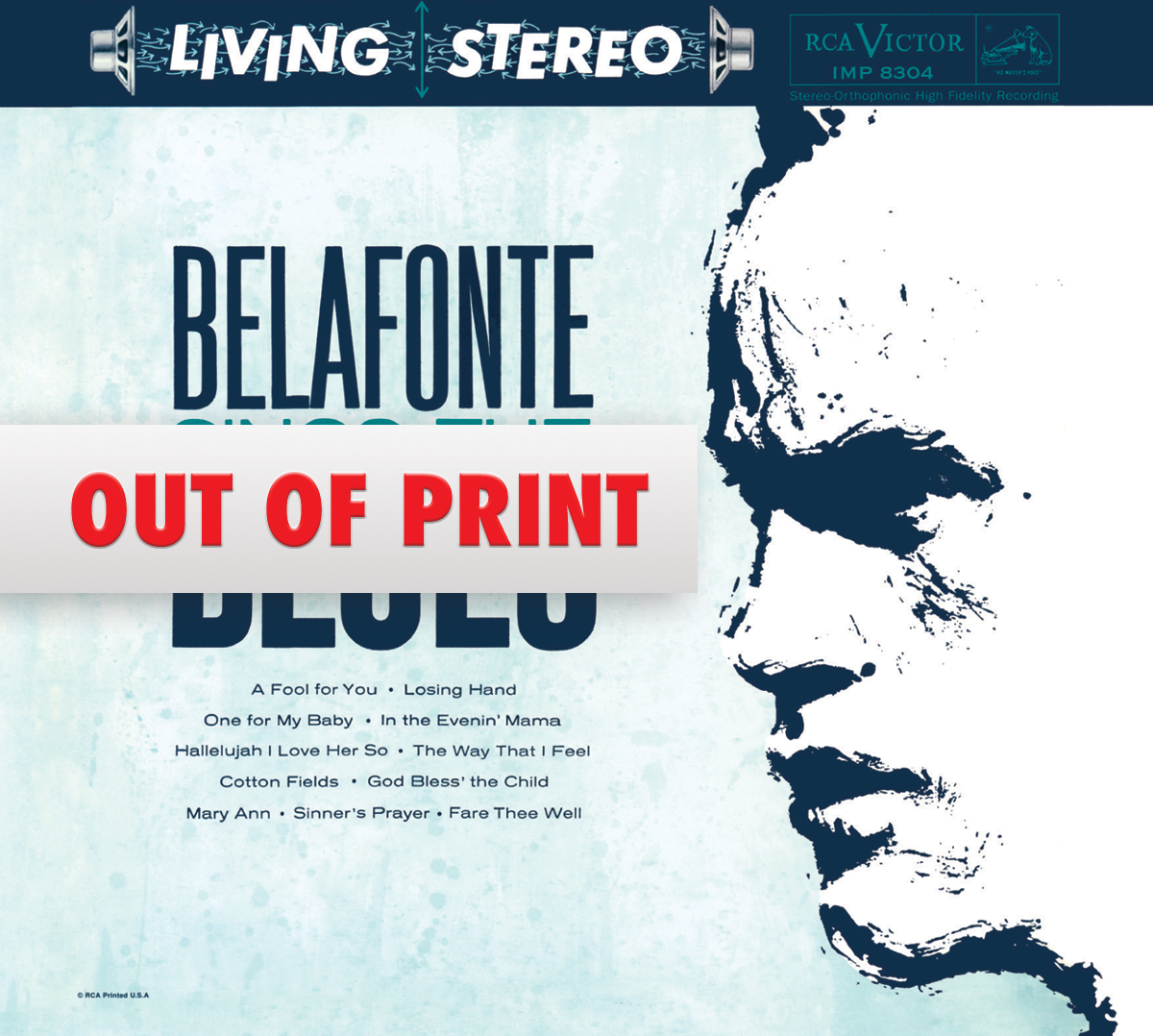 Belafonte’s first album entirely of blues songs is also his first stereo release. And what a stunner it is. Recorded over four days in New York and Los Angeles by Ed Welker, the poImpex’s line of classic RCA Living Stereo releases includes the inimitable vocal stylings of Harry Belafonte singing the timeless words and music of American blues in truly breath-taking sound.

Belafonte Sings the Blues was recorded over 4 sessions during the first half of 1958, and released by RCA later that year. The album features performances of numerous Billie Holiday, Johnny Mercer, and Ray Charles songs performed in a way that only Belafonte can.

The blues are close to Belafonte’s heart and it shows in the way he delivers such tunes as “One For My Baby”, “Cotton Fields” and “God Bless the Child” among others.

Much like the legendary Belafonte at Carnegie Hall—maybe even more so—Belafonte Sings the Blues puts one of the greatest voices of the century right there in your living room. Impex Records’ new 45-rpm 2 LP set releases every ounce of sonic purity from Kevin Gray’s discreet mastering and includes full lyrics inside and a bonus heavy stock insert of an historic Belafonte biography, unavailable on any LP reissue.

This 1958 release was Belafonte’s first stereo release and 1958 was the dawn of the RCA Living Stereo sound. It featured a great example of well done stereo, and Belafonte’s later Carnegie Hall albums became audiophile standards. Sing the Blues has often been compared unfavorably to his other work as understated, but given the range of expression Belafonte brings to these tunes, I don’t consider that a negative. He sings three Ray Charles tunes, a Billie Holiday standard (“God Bless the Child”), and a couple of Charles Carter tunes that were Belafonte staples. Belafonte nails every song on the album, with the exception of the Johnny Mercer tune “One for My Baby”. I just don’t see Belafonte drunk at the bar spilling his heart out to a bartender. But his version of “Cotton Fields” is as good as there is and his “God Bless the Child” is outstanding.

This reissue was mastered by Kevin Gray at Cohearant Audio and the 45 rpm set pressed at RTI in California. A few reissue companies have taken a stab at the RCA Living Stereo catalog, but this is the most successful execution yet. I was struck by how much more emotional impact this issue has. The two LPs are packaged in a handsome fold-out cover with lyrics inside the fold and an insert bio of Belafonte inside the sleeve. Top recommendation!